An impurity is “any component of the product which is not the chemical entity defined as the active substance or an excipient in the product”. 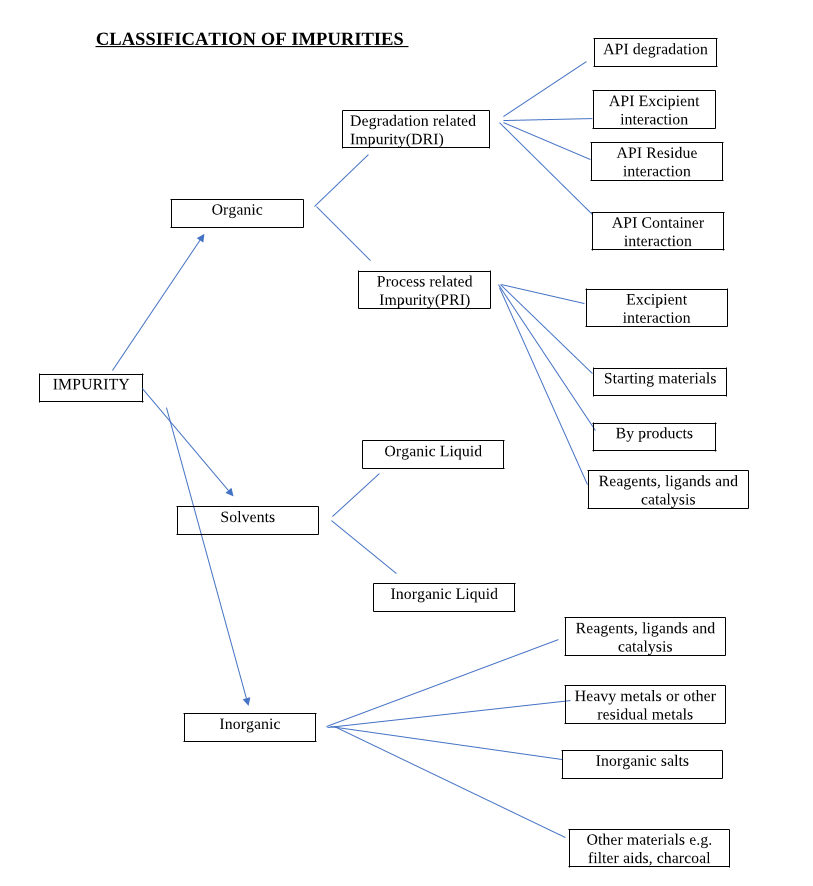 Similarly, the qualification of the impurity should be considered if its level is greater than (>) the qualification threshold .Safety assessment studies to qualify an impurity should compare the new drug substance containing a representative amount of the new impurity with previously qualified material. Safety assessment studies using a sample of the isolated impurity can also be considered.